If you’re wondering what a book on this theme has to do with resilience and wellbeing, read on.

The book points out that a new level of snobbery has developed as inequality of various kinds has increased. Class judgements at all levels of society are even more derogatory. And it’s clear that relative position, and these kind of class judgements, put a major strain on many people’s resilience.

The evidence in this book is that the traditional 3-class division is now obsolete. In Savage’s 7-class system, key groups include the super-wealthy, quite large at 6% of the population, and the ‘precariat’, who are stressed not only by low incomes, but by rising insecurity of income, and the growing inequalities in our society. 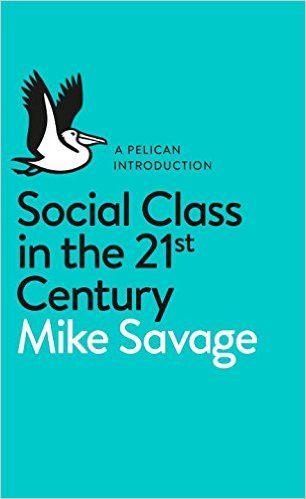 Below the super-wealthy with their average household income of £89,000, Savage identifies two parallel groups: the established middle class, and the technical middle class. Whilst incomes are similar between these groups, values and attitudes are different.

The established middle class are more socially outgoing, and have a richer cultural life, at least compared to the technical middle class.

Below these two groups in the income hierarchy, come the ‘new affluent worker’, then ‘emergent service workers’, and below them ‘traditional working class’ with the ‘precariat’ at the bottom.

In common with other observers, Savage believes that social mobility through these different strata has diminished in recent decades, although a university degree is still an important lever for mobility.