Colin Tudge thinks big, positive and practical.  His main expertise is in food and farming: he helped start the Campaign for Real Farming, whose annual conference is now bigger than the NFU’s.  His ideas for positive change could be a blueprint for many other sectors too.

I heard Colin speak recently at a session hosted by Tamarisk Farm, a pioneering organic farm in west Dorset.  This blog is a brief overview of some key ideas, explored in more detail in his recent book, Good Food for Everyone Forever. 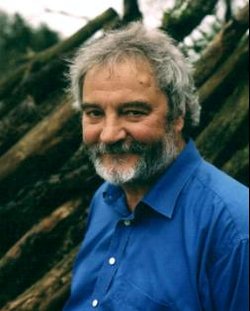 Colin believes that positive change is readily possible in UK and global food supply, i.e. we can feed 7 billion people and more, and without trashing the environment.  Many small-scale examples of how to do this already exist: the crunchy question is how to expand the scale of these, and this is a key issue for positive change in many sectors.

Colin’s overview is that positive change can happen through Reform, Revolution or Renaissance.  Reform is important, but not enough.  Revolutions are risky: they rarely turn out as expected, and often bring big collateral damage.  Whereas his concept of Renaissance is an appealing one.

He says that a key to renaissance is to create new institutions and networks which propagate the expertise and values needed for positive change, which build critical mass among small and potentially marginal players, and which reduce the risk of mainstream attacks by simply operating in parallel, without directly attacking existing institutions.

The mainstream establishment is still dominant in farming and food retailing, but I agree with Colin that this is a great sector to initiate positive change.  He is eloquent about the need to expand an ‘enlightened food culture’, i.e. people who understand and value the benefits for human and planetary happiness and health from sustainable food, preferably local.  There is plenty of evidence that this culture already exists, and is growing.

Like me, Colin regards small to medium size organic farms with a diversity of enterprises as a great role model.  For him, they are a highly productive and resilient way to produce good food.  For me, the factors that make this true also make them a great role model for human resilience too.  You can read more of Colin’s ideas in his excellent book, or at his two websites www.colintudge.com, www.campaignforrealfarming.org