Peak oil is more real and alarming than you want to think!

This 2009 book is by Jeff Rubin, who is apparently an independent authority on the oil industry. He was Chief Economist at CIBC World Markets (a North American investment bank), who is consulted by oil producers, ie he’s not a greenie or militant. 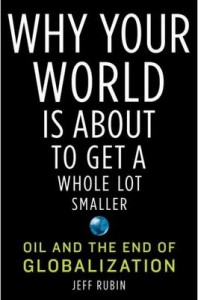 Rubin is readable, clear and convincing. He provides a lot of info I did not know before, to show why Peak Oil is here, and worse than most of us realise. The biggest surprises for me were not about the lack of supply, but about the factors propelling continued growth in demand.

But let’s start with supply. Rubin explains that oil producers, both sovereign states and organisations, have motives to overstate their reserves, as that boosts their prestige and bargaining power. However, he broadly accepts the Hubbert Curve forecasts, and offers plenty of evidence to support them. For example, he explains that in depleted oilfields, the output ratio of natural gas to oil rises, and this is now true in Saudi Arabia.

He is horribly interesting when explaining what economists call the rebound effect. This means that a big rise in oil prices typically leads to rises in efficiency of use, but these lower the real cost (of car or air travel, for example) which then actually stimulates consumption.

Whilst oil consumption per dollar of GDP in OECD countries has reduced impressively, Rubin gives some big and alarming reasons why the growth elsewhere in the world is growing rapidly: 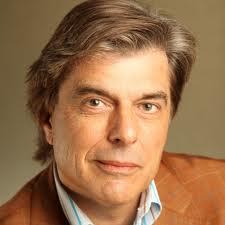 The disappointing part of Rubin’s book is about the consequences. He’s convincing that rapid oil price rises are unavoidable, and he expects economies to become more localised as transport costs rise. As he says, this implies serious economic contraction for many developing countries which have depended on cheap oil. He comments, ‘How all this will affect our culture is a topic for others to explore in depth’… Let’s hope those others speak out soon.