This true tale of animal passion comes from a showpiece of sustainable forestry in the Scots Highlands. Boar and pigs were part of many traditional forestry systems.

In this case, the cunning plan was to reintroduce them to help control rampant bracken.  At considerable expense, a high wire and low electric fence were erected, enclosing about 30 acres. 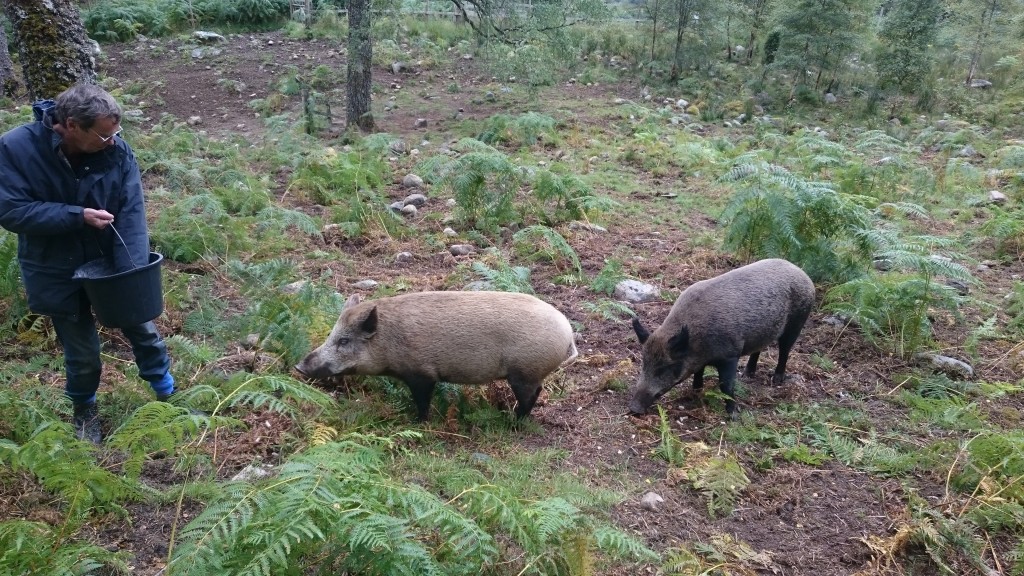 Female boars were imported to this enclosure, and started grubbing away at the bracken.  However, it was decided that they also needed man-made feed to ensure their health.  The whole scheme sounded dodgy to me when I was invited to “feed the wild boar” whilst visiting.

Having gone to all this trouble, a new wildlife survey revealed that the surrounding area had a sizable population of genuinely wild boar, who were doing fine without imported feed.  In fact, the wildest boar in this tangled tale are the male boars around the enclosure.  Rangers found evidence of them desperately trying to get in…

I suspect that a referendum among the inhabitants of the enclosure would produce a 100% vote for union with the wild natural world around them!