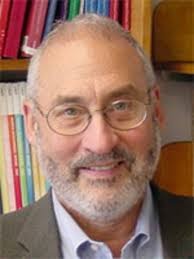 The flaky mortgage lending was aimed at exploiting the lower classes – he would say, deliberately. This is a clear and level-headed book on the causes of the American financial crash and the botched solutions to it.

Joseph Stiglitz is  a winner of the Nobel Prize in Economics, and a former head of the World Bank: hardly a political firebrand, but his book is deeply critical of the malfunctioning of the financial institutions and regulators which led to the crash, and the lack of truly systemic solutions since then. I have summed up key points from the book below.

The Dodd Frank Act of 2010, aimed at reforming financial regulation, is described by Stiglitz as “a Swiss cheese bill – seemingly strong, but with large holes”. Key elements are:

He believes that the US “faces the risk of another major crisis within the next fifteen years” – most of the problems have barely been addressed. Trust remains low, and the global credibility of the US has been much weakened.